IN THIS SECTION... Application Process FAQs Impact on Communities

BNA Plans for the Clean, Green Community of Tomorrow 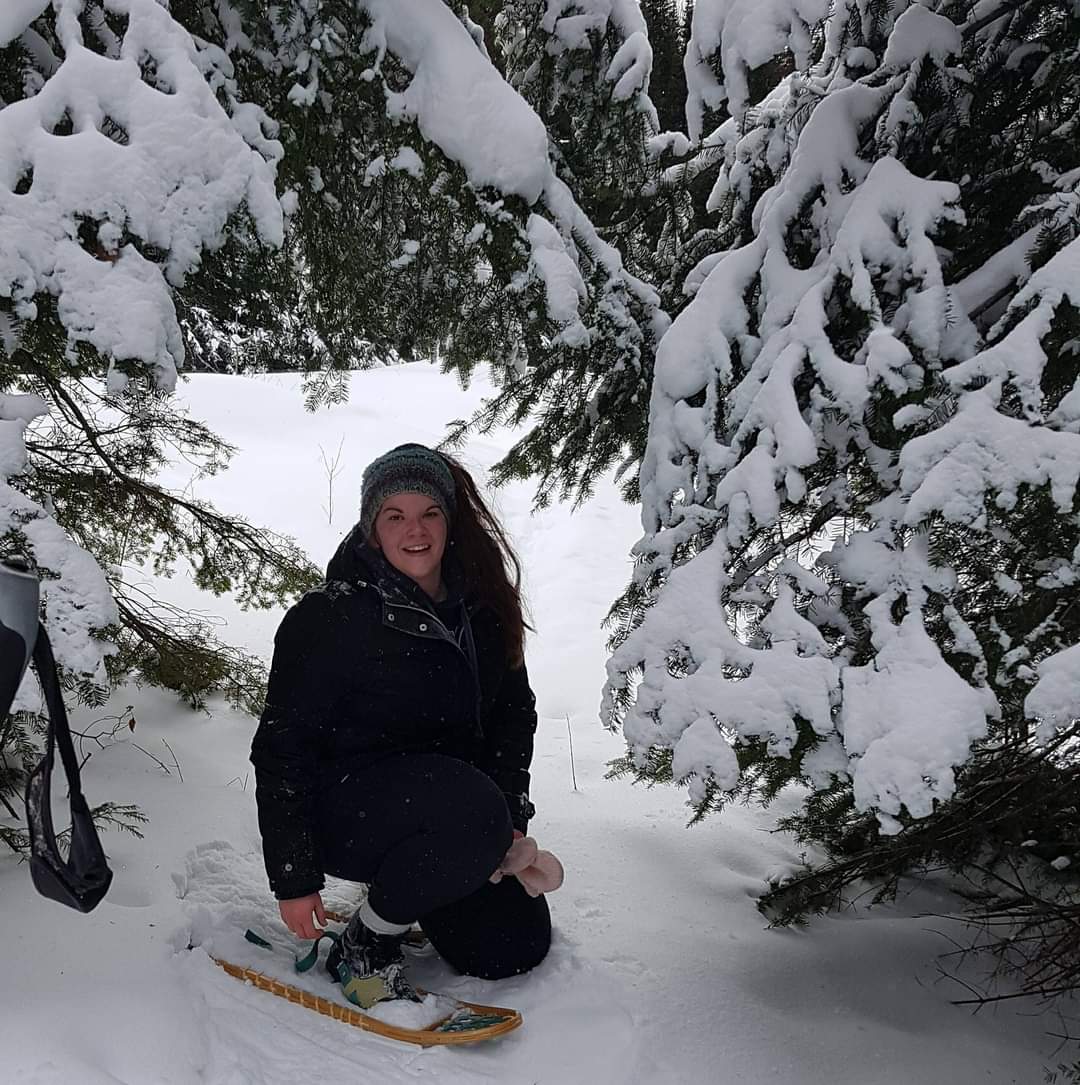 With Bingwi Neyaashi Anishinaabek (BNA) having reclaimed their lands in 2010, there’s been a lot of work re-building and re-establishing their community. Coming into the role as BNA’s Community Energy Champion (CEC) during the Summer of 2019, Aysha has played a major part in lifting energy as a focus.

A lot can happen in 100 years. Just ask the Chief, Council and members of Bingwi Neyaashi Anishinaabek (BNA), who are working hard to re-establish and re-build their community more than a century after their ancestors first started being displaced from their land as a result of flooding and government policy.

The people of BNA, an Ojibway community formerly known as Sand Point First Nation, have occupied the southeast shores of Lake Nipigon since time immemorial, working as commercial fishermen, trappers, fur traders and loggers. Many were forced to leave the area after the hydroelectric projects of the 1920s. A few decades later, more land was seized by the provincial government of the time to create the Lake Nipigon/Black Sands Provincial Park, and residents were dispersed across Canada.

BNA finally reclaimed its lands in April 2010 through an Order in Council. The reserve now covers approximately 985 hectares.

Building a community from scratch presents unique challenges – and opportunities, says Aysha McNally, BNA’s Community Energy Champion. “My hope is to play a part in building a community that’s as sustainable and energy efficient as possible,” she explains. “Everyone I’m working with shares this vision for BNA.”

Born and raised in Thunder Bay, McNally graduated from Lakehead University in 2019 with an Honours degree in Environmental Studies. After responding to an ad on indeed.com, she went through a rigorous interview process and was eventually hired into her role in July of that year. Aysha feels strongly that her own values align with the community’s, especially when it comes to clean energy projects. In addition to delivering environmental benefits, these initiatives support local skills development, stimulate job creation and employment opportunities, and provide long-term financial returns.

The community – located more than 170 kilometres northeast of Thunder Bay – has a sub-arctic climate, with temperatures ranging from -50°C to 37°C, and snow covering the ground for eight months of the year. Despite these and other barriers, development of the community is coming along. With three-phase power coming into the community, a four-phase housing project is now underway. The first homes (three single-family residences and two duplexes) are now occupied. All have been built with an emphasis on energy efficiency. Other existing buildings on the site include a Band Office, a Health Centre and a sawmill. BNA also owns satellite facilities in Thunder Bay, which include an administrative office, a child and youth resource centre and a Family Well-Being Centre.

McNally has high hopes for developing the community in a sustainable and supportive way. In addition to working on energy projects, she is also part of a team working to bring fibreoptics to the community.

BNA currently has approximately 315 members, many living in Thunder Bay, but the population is growing an average of 3% per year. When the final phase of the housing project is complete, 65 lots will have been developed. The community also plans to expand the sawmill, develop an aggregate operation, and build a grocery store and gas bar. There is a community greenhouse and plans for an Elder’s Complex as well. BNA leaders hope that once more homes and jobs are available, community members will return to their traditional homeland.

BNA’s IESO-funded Community Energy Plan was completed in March 2021, and includes several on-site projects as well as infrastructure in Thunder Bay. Included in this plan is an ambitious biomass project that uses wood chips from the sawmill. This project is being used to help develop a district heating system study, and an electric battery pilot project that will be powered by solar energy.

McNally says she feels fortunate to be involved in such transformative projects. “Re-building the community from the ground-up is an incredible opportunity,” she says. “My plan is to work with community members to ensure their voices are heard so we can develop the community in a way that’s as energy efficient as possible.”

Although the pandemic has curtailed her ability to do in-person outreach, she plans to hold energy awareness sessions and provide energy audits for interested community members. And a little further down the road, she hopes to pursue new opportunities relating to both small-scale and large- scale renewable power projects.

Dealing with complex energy matters has been a challenge but Aysha has high praise for the IESO’s Community Energy Champion network. “It’s an amazing resource where I can ask questions and get advice,” she explains, adding that she was also accepted by the 20/20 Catalysts program but had to defer her participation during the pandemic. “By applying what I learn, I hope to continue bringing clean energy projects to life and, in this way, help BNA become more sustainable and self-reliant.”