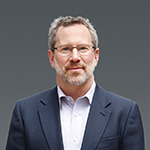 Michael Bernstein is president of Juno Advisors Ltd., a consulting company focusing on strategic advisory and investment opportunities.  He is also the chair of CircuitMeter Inc., and a director of Biome Renewable.

Mr. Bernstein has been involved in a number of major projects and transactions, including the $4.25 billion Bruce Power refurbishment, electricity evolution initiatives in New Brunswick, Alberta and B.C, and the $40-billion restructuring of Ontario Hydro. Until January 2019, he was chair of the Association of Power Producers of Ontario.

He is a member of the Young Presidents’ Organization, and a past director of Build Toronto, the real estate development arm of the City of Toronto.

Mr. Bernstein earned a BA in economics and philosophy from Dartmouth College and an MBA from the Ivey Business School. He also holds the chartered financial analyst and ICD.D designations.